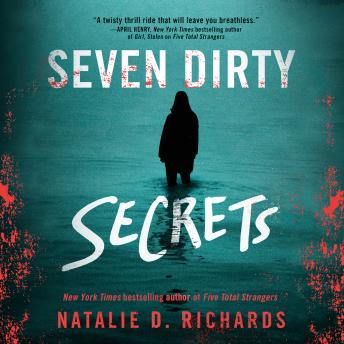 I know seven dirty secrets: One caused the fall. One did nothing. One saw it all. One didn't care. One used their head. One played the hero. One was left for dead. On her eighteenth birthday, Cleo receives a mysterious invitation to a scavenger hunt. She's sure her best friend Hope or her brother Connor is behind it, but no one confesses. And as Cleo and Hope embark on the hunt, the seemingly random locations and clues begin to feel familiar. In fact, all of the clues seem to be about Cleo's dead boyfriend, Declan, who drowned on a group rafting trip exactly a year ago: a bracelet she bought him, a song he loved, a photo of the rafting group, taken just before Declan drowned. And then the phone calls start, Declan's voice taunting Cleo with a cryptic question: You ready? As the clock on the scavenger hunt ticks down, it becomes clear that someone knows what really happened to Declan. And that person will stop at nothing to make sure Cleo and her friends pay. Can they solve the hunt before someone else winds up dead?

It’s a good title for a younger audience, but it didn’t capture my full attention. It’s alright for a casual listen.

narration was absolutely amazing and the story was brilliant

I wanted to like the book as it is an interesting concept but the execution felt clumsy and mediocre. Potential but ultimately “a swing and a miss.”