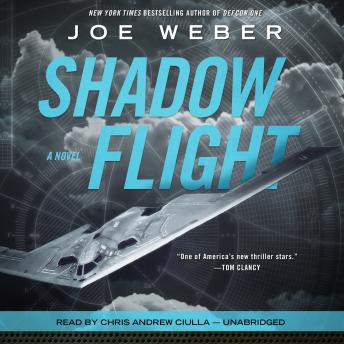 From the bestselling author of DEFCON One comes an explosive techno-thriller.

While Congress debates the merits of continued funding for the stealth bomber, sinister forces have their own goals in mind. During a training exercise, a B-2 bomber disappears. When search efforts produce no evidence that the bomber crashed, the US Air Force has no choice but to acknowledge that one of its most secret and high-tech aircraft has been hijacked.

Recovery of the B-2 and its crew becomes the president's highest priority, and the Kremlin claims no knowledge of the missing aircraft. Finally, intelligence leads to what at first seems a very unlikely suspect: Cuba. But could the tiny nation pull off a theft of this magnitude? And what might its plans be for the highly sought-after aircraft? Getting the answers to these questions becomes the top-secret mission for CIA agent Steve Wickham, for without those answers, only one solution will remain: invasion. And if the US invades, World War III will certainly follow.

This title is due for release on December 15, 2013
We'll send you an email as soon as it is available!