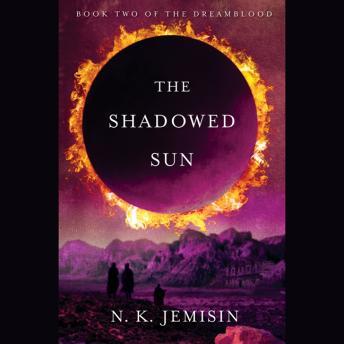 In the final book of NYT bestselling and three time Hugo-Award winning author N. K. Jemisin's Dreamblood Duology, a priestess and an exiled prince must join together to free the city of dreams from imperial rule.

Gujaareh, the city of dreams, suffers under the imperial rule of the Kisuati Protectorate. A city where the only law was peace now knows violence and oppression. And nightmares: a mysterious and deadly plague haunts the citizens of Gujaareh, dooming the infected to die screaming in their sleep. Trapped between dark dreams and cruel overlords, the people yearn to rise up -- but Gujaareh has known peace for too long.

Someone must show them the way.

Hope lies with two outcasts: the first woman ever allowed to join the dream goddess' priesthood and an exiled prince who longs to reclaim his birthright. Together, they must resist the Kisuati occupation and uncover the source of the killing dreams. . . before Gujaareh is lost forever.