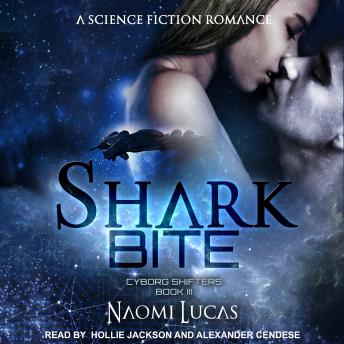 Netto was a Cyborg, a protector, and a contracted mercenary. His specialty was the water: shallows, salt water, and open oceans across the universe. He was also a freak forged from the DNA of a bull shark-blue-gray skin, a body built with power, and a double-set of razor-sharp teeth. His nomadic lifestyle came to a halt when his old employer, the Earthian Planetary Exploration Division, offered him his old job back.

Rylie was born and raised on the planet Kepler, on an agri-lot that farmed jewels from the sea. But something was happening to her family's lots and people were disappearing.

When a giant Cyborg showed up at her settlement and struck a deal with her father, she was forced to follow the stranger out onto the water, into the dangers of the alien deep, and far beyond the sight of land.

She feared the Cyborg.

She feared his teeth.

But she feared the monsters in the water more.

This title is due for release on May 29, 2018
We'll send you an email as soon as it is available!