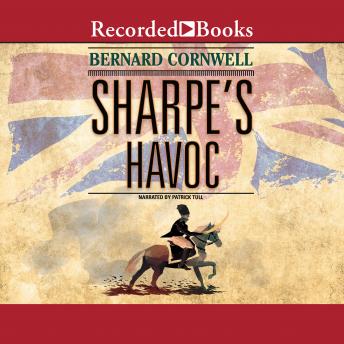 Best-selling novelist Bernard Cornwell crafts a thrilling tale from his immensely popular Richard Sharpe series. In 1809 Lieutenant Sharpe and his riflemen are in Portugal, preparing for Napoleon's next strike. The smaller English force will probably pull out before it's too late, but not Sharpe. His orders are to find the missing daughter of an English wine shipper. Just as Sharpe and his men begin their mission, the French launch their punishing assault. Be prepared for scenes of great action & heroics 'What are we doing, sir?' 'We're charging that barricade, Sergeant.' 'They'll fillet our guts, if you'll pardon me saying so, sir. The buggers will turn us inside out.' 'I know that,' Sharpe said, 'and you know that. But do they know that?' Richard Sharpe Soldier, hero, rogue-the man you always want on your side. Born in poverty, he joined the army to escape jail and climbed the ranks by sheer brutal courage. He knows no other family than the regiment of the 95th Rifles, whose green jacket he proudly wears.

This title is due for release on May 13, 2011
We'll send you an email as soon as it is available!