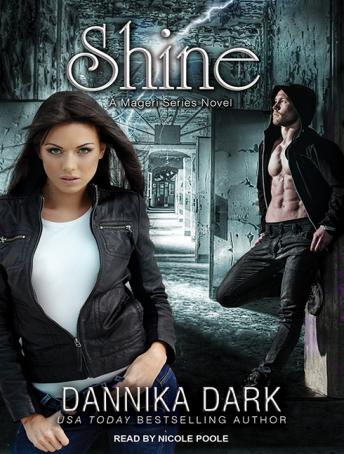 In the short span of a year, Silver has gone from becoming a Mage to discovering the truth about her unique genetics. Logan Cross went from being her mortal enemy to becoming her immortal lover, but a threat is fast approaching like an inevitable storm. Attacks are under way against the Mageri, and one man is behind it-an elusive foe who is an unstoppable force. Nero is not Silver's only concern, as someone close to her has been arrested for treason. In the midst of chaos, Silver discovers that she cannot protect everyone from the wrath of fate, including her own Ghuardian.

Justus finally opens his heart, but an unexpected turn of events could darken his soul forever. Secrets are revealed that will leave listeners reeling from one twist to the next. Would you sacrifice everything for love?

A decent wrap up for the series.

Great author. Love the story and how detailed the world was laid out.

Loved the storyline. Cleverly written and the characters come to life. The narrator was fab.

love this whole series. Logan Cross and Silver what a love story

This title is due for release on August 12, 2014
We'll send you an email as soon as it is available!