The Shooting at Chateau Rock 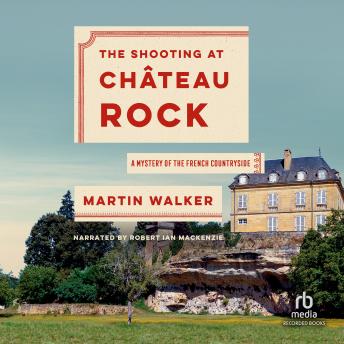 When a local's death is linked to a Russian oligarch and his multinational conglomerate, Bruno faces one of his toughest cases yet, one that brings together a conniving French businessman and a rock star-and, of course, Bergerac red and white. It's summer in the Dordogne. The heirs of a modest Périgordian sheep farmer learn upon his death that they have been disinherited, and their father's estate sold to an insurance company in return for a policy that would have placed him in a five-star retirement home for the rest of his life. His children are immediately suspicious of the uncharacteristically lavish arrangement. Their inquest raises other unsavory questions about his passing: Was it a natural death? Was there foul play? Bruno begins an investigation that leads him to several shadowy companies owned by a Russian billionaire. The companies are based in Cyprus, Malta, and Luxembourg, but Bruno finds a way into the organization in France: a recently relocated notaire and an insurance agent. As Bruno pursues this ominious lead, the Russian's daughter turns up in the Périgord, further complicating the case. All leads to a deadly denouement at the château of the rock star. It takes all of Bruno's resolve and quick thinking to untangle the truth. But, as ever-Bruno makes time for lunch.

This title is due for release on June 17, 2020
We'll send you an email as soon as it is available!