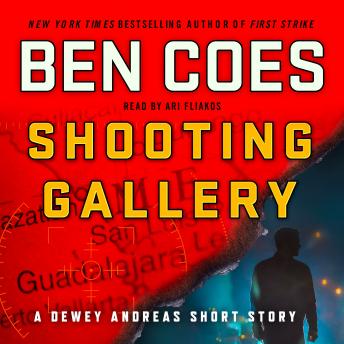 The newly sworn in Vice President of the United States has a problem. Her son, off in college, doesn't care for his security detail. So when Spring Break comes around, he slips away from his bodyguard, picks up his best friend, and heads to Mexico for an intended week of sun, sand, women, and hoped-for debauchery. But when he arrives at the airport, a team of well-armed kidnappers grab both him and his friend and escape. Now they're demanding that an exorbitant ransom be paid in only a few hours — and if it's not, both boys will be killed.

Dewey Andreas, CIA operative and former Delta, happens to be in Mexico, taking some time away and helping friends Katie Fox and Rob Tacoma with a private job. Hoping to relax, Andreas is now the only hope these two young men have of surviving their misadventure. But Mexico is a big country and, before anything else, Dewey has to find the missing boys. Even then, it's a race against the clock, with a highly-trained group of vicious men waiting at the other end.

It was a quick listen. Not my normal sort of story. It was like another form of comic but it was entertaining but I wouldn't have wanted to listen to a long version. Too over the top to be believable.