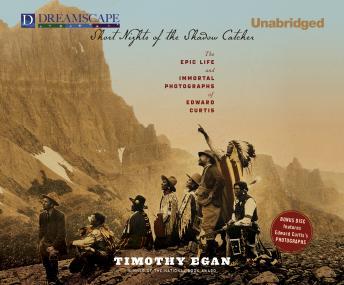 Short Nights of the Shadow Catcher

At once an incredible adventure narrative and a penetrating biographical portrait, Egan's book tells the remarkable untold story behind Edward Curtis's iconic photographs, following him throughout Indian country from desert to rainforest as he struggled to document the stories and rituals of more than eighty tribes. Even with the backing of Theodore Roosevelt and J.P. Morgan, it took tremendous perseverance. The undertaking changed him profoundly, from detached observer to outraged advocate. He would die penniless and unknown in Hollywood just a few years after publishing the last of his twenty volumes. But the charming rogue with the grade-school education had fulfilled his promise - his great adventure succeeded in creating one of America's most stunning cultural achievements. Bonus disc features Edward Curtis photographs.

Short Nights of the Shadow Catcher

This title is due for release on October 9, 2012
We'll send you an email as soon as it is available!