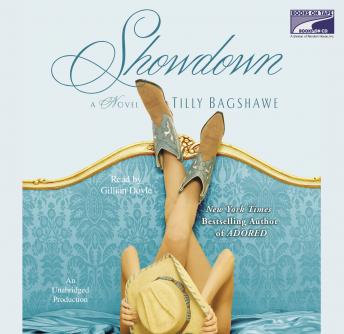 When her first novel, Adored, was published, critics and readers alike agreed that Tilly Bagshawe had put the glamour back into the blockbuster, giving it a fun, sexy, and totally modern new spin. Now Bagshawe is back with another intoxicating tale of ambition, backstabbing, and unbridled passion–this time set in the most dazzling racing capitals of the world.

Bobby Cameron is a cowboy through and through. After inheriting Highwood, his father’s magnificent but debt-ridden ranch in California’s Santa Ynez Valley, Bobby travels wherever he’s wanted, breaking horses for their wealthy owners and raising the cash he needs to protect his land. That’s all he cares about–until he meets a young English girl named Milly Lockwood Groves.

Forbidden to race because of a childhood accident and her mother’s notions about unladylike behavior, the seventeen-year-old daughter of a millionaire Newmarket breeder is still secretly determined to follow her dreams. Then Bobby Cameron strides into her life, and nothing is ever the same.

She accepts his offer to work for a year at Highwood, desperate to make a name for herself in racing...and for Bobby to see her as a woman.

Caught up in a world where unscrupulous horse owners and billionaire media moguls rub shoulders–and more–with oversexed racing widows and fiercely ambitious jockeys, Milly must discover if she has what it takes to be a winner–on the track, in the bedroom, and, ultimately, in the game of love.

This title is due for release on July 4, 2006
We'll send you an email as soon as it is available!