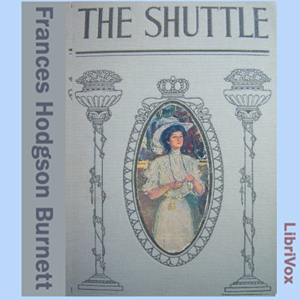 Rosalie Vanderpoel, the daughter of an American multimillionaire marries an impoverished English baronet and goes to live in England. She all but loses contact with her family in America. Years later her younger sister Bettina, beautiful, intelligent and extremely rich, goes to England to find what has happened to her sister. She finds Rosalie shabby and dispirited, cowed by her husband's ill treatment. Bettina sets about to rectify matters. She meets Lord Mount Dunstan, an impoverished earl, who lives nearby and they fall in love, but he cannot speak because it would look as if he were after her money...

This is a romance but it is also about the rejuvenating effects of Americans and American money on a somewhat decadent English aristocracy. (Summary by Tabithat)

It had NOTHING to do with the title! Did NOT like

I loved this title. It has a bit of everything; romance, complex characters, politics, class, religion and unfortunately, a battered woman married to a sociopath. It addresses all of these issues with intelligence and depth. The politics of class is quite good and the culture clash between America and Britain is interesting. I don’t find this narrator tedious at all! I think she is one of the best readers in a sea of mediocrity.

At times the book sounded too much like a report about the recommencing of relations between America and England through non political means. And at other times like a travelogue to entice people to the charms of the English countryside. When the book focuses on the Vanderpool girls however, the story is quite enthralling. The first section, though is rough to get through, listening to the way Rosie is treated by her husband. I suppose if one were reading, rather than listening, you could speed up so as not to dwell on it. The building of Betty’s character shows her to be one of Frances Hodgson Burnett’s favourite characters who is never to be known as doing wrong! But it is fascinating to see how she develops such a strong female character for the period. One is full of admiration for her ability to know what is the best thing to do next. Yet, she’s considered almost a phenomenon because she ‘thinks like a man would’. The book is almost fully about Betty and might have been titled with her name like some other books by Frances Hodgson Burnett. With so much deep consideration about what the author calls The Shuttle, and with so much drama in the story, the lighthearted addition of G. Seldon gives an interesting relief. And yet, not as insignificant as might seem because he and his bicycle and catalogue become a catalyst for many good things. I would recommend the book if you fast forward through the reports on intercontinental relationships! The reader does become tedious, but that is more because of the tediousness of some parts of the book. I admire her for getting through it all! And I am very grateful that the book was not read by numerous narrators.

Great book very much enjoyed it!