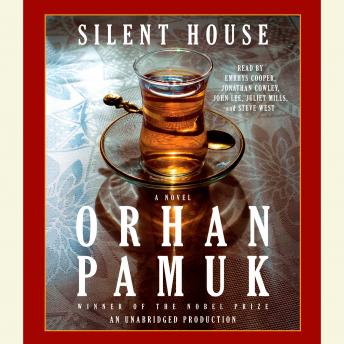 Never before published in English, Orhan Pamuk’s second novel is the story of a Turkish family gathering in the shadow of the impending military coup of 1980.

In an old mansion in Cennethisar, a former fishing village near Istanbul, a widow, Fatma, awaits the annual summer visit of her grandchildren. She has lived in the village for decades, ever since her husband, an idealistic young doctor, ran afoul of the sultan’s grand vizier and arrived to serve the poor fishermen. Now mostly bedridden, she is attended by her constant servant Recep, a dwarf—and the doctor’s illegitimate son. Despite mutual dependency, there is no love lost between mistress and servant, who have very different recollections—and grievances—from the early years, before Cennethisar grew into a high-class resort surrounding the family house, now in shambles.

Though eagerly anticipated, Fatma’s grandchildren bring little consolation. The eldest, Faruk, a dissipated historian, wallows in alcohol as he laments his inability to tell the story of the past from the kaleidoscopic pieces he finds in the local archive; his sensitive leftist sister, Nilgün, has yet to discover the real-life consequences of highminded politics; and Metin, a high school nerd, tries to keep up with the lifestyle of his spoiled society schoolmates while he fantasizes about going to America—an unaffordable dream unless he can persuade his grandmother to tear down her house.
But it is Recep’s nephew Hasan, a high school dropout, lately fallen in with right-wing nationalists, who will draw the visiting family into the growing political cataclysm issuing from Turkey’s tumultuous century-long struggle for modernity.

By turns deeply moving, hilarious, and terrifying, Silent House pulses with the special energy of a great writer’s early work even as it offers beguiling evidence of the mature genius for which Orhan Pamuk would later be celebrated the world over.

This title is due for release on October 9, 2012
We'll send you an email as soon as it is available!