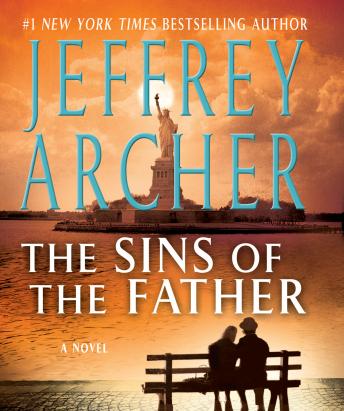 The Sins of the Father

#2 of The Clifton Chronicles

From the author of the international bestseller Only Time Will Tell, Jeffrey Archer picks up the sweeping story of the Clifton Chronicles with The Sins of the Father.

With war between Britian and Germany on the immediate horizon, Harry Clifton has joined the merchant marines to escape long buried family secrets that have just come to light. And it isn't long before war is upon them. On the very day that Britain declares war on Germany, a U-boat sinks Harry's ship. While recovering on the SS Kansas Star, a passing American cruise liner, Harry seizes on the chance to escape his tangled past by stealing the identity of an American killed in the explosion.

But upon landing in America, he quickly finds how mistaken he was when he--as Tom Bradshaw--is arrested for murder. Without any way of knowing the details of the charges, or of contacting his family across the Atlantic, or of even proving that he is anyone other than Bradshaw, Harry Clifton is trapped behind bars and chained to a past that is far worst than the one he had hoped to escape.

The book is riveting, entertaining and most enjoyable. It moves from character to character and is wonderfully done. I highly recommend.

This is a fantastic, well written story, and the narrators are phenomenal.. jumping back and forth between several very different accents seamlessly!