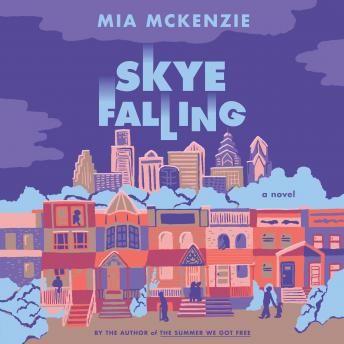 GOOD MORNING AMERICA BUZZ PICK • A woman who’s used to going solo discovers that there’s one relationship she can’t run away from in this “endearing and hilarious” (BuzzFeed) novel, a probing examination of the complexities of family, queerness, race, and community

When she was twenty-six and broke, Skye didn’t think twice before selling her eggs and happily pocketing the cash. Now approaching forty, Skye still moves through life entirely—and unrepentantly—on her own terms, living out of a suitcase and avoiding all manner of serious relationships. Maybe her junior high classmates weren’t wrong when they voted her “Most Likely to Be Single” instead of “Most Ride-or-Die Homie,” but at least she’s always been free to do as she pleases.

Then a twelve-year-old girl tracks Skye down during one of her brief visits to her hometown of Philadelphia and informs Skye that she’s “her egg.” Skye’s life is thrown into sharp relief and she decides that it might be time to actually try to have a meaningful relationship with another human being. Spoiler alert: It’s not easy.

Things get even more complicated when Skye realizes that the woman she tried and failed to pick up the other day is the girl’s aunt, and now it’s awkward. All the while, her brother is trying to get in touch, her mother is being bewilderingly kind, and the West Philly pool halls and hoagie shops of her youth have been replaced by hipster cafés.

With its endearingly prickly narrator and a cast of characters willing to both challenge her and catch her when she falls, this novel is a clever, moving portrait of a woman and the relationships she thought she could live without.