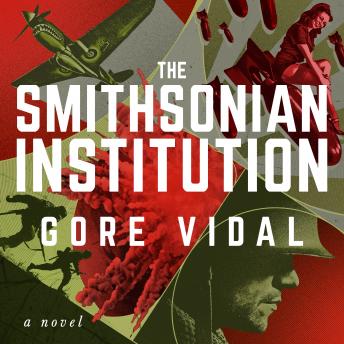 The Smithsonian Institution: A Novel

It’s 1939, and a teenage math genius is mysteriously summoned to the Smithsonian Institution, where a crash program to develop the atomic bomb is being conducted in the basement. The boy turns out to hold the key to both the secrets of nuclear fission and breakthroughs in the time continuum. As he brainstorms with Robert Oppenheimer, he catches a glimpse of the coming war and becomes determined to ward off the cataclysm. In a race against time—and surrounded by figures from American history past and present, including Albert Einstein, Grover Cleveland, and Abraham Lincoln—he battles to save not just himself, but humanity.

Gore Vidal has written some of the finest and most inventive novels in modern times. Readers of such bestsellers as Burr, Lincoln, Duluth, and 1876 will revel in this, his latest foray into the American scene. A brilliant and vividly imaginative tale about some of the key events of the twentieth century, The Smithsonian Institution is a dramatic masterwork of comedy and allusion.