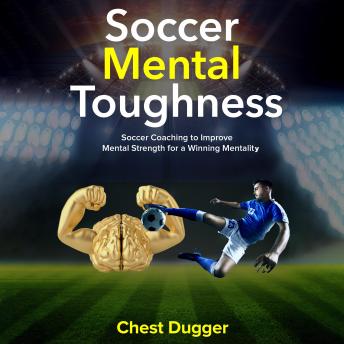 Are you ready to take your soccer game to the next level? Improving your mental strength could be the answer.
Things don’t always go our way. That is true in life, in our career, in our relationships and, of course, in sport. That sweet hit from the tee that lands perfectly on the fairway, and races on and on…and on, straight into the bunker.
Or the day that our serve just will not function. Is there anything more frustrating than sending hit after hit into the net? Well, of course, there are many things harder to bear, but it doesn’t seem so at the time. Or the day we play the boss at squash, and aim to push him just so far before he defeats us with a series of devastating volleys and bias shots to the corner. Except, they just don’t come off, and we end up winning, knowing that the lift will continue to stop for us at the fifth floor, at least until next time.
But these are all examples of individual sports; occasions where if things go against us it is only we that suffer, as annoying as that is. But in team games, such as soccer, we can end up letting down the entire team. Nobody wants to do that. Perhaps more significantly, we do not want the fear of that happening. Often it is the fear of doing something wrong, of making a mistake, of giving the referee a chance to award a penalty against us, that causes that particular disaster to occur.
The mark of the very best players is that they have the mental toughness to overcome these moments of adversity. To accept that there are times when matters do not pan out as they hope, and having accepted them, move on without allowing their confidence to drop. Call it resilience, spirit, mental strength or whatever, without a doubt such a mindset is as crucial as having the skills to play at the level to which we aspire.

This title is due for release on April 18, 2020
We'll send you an email as soon as it is available!