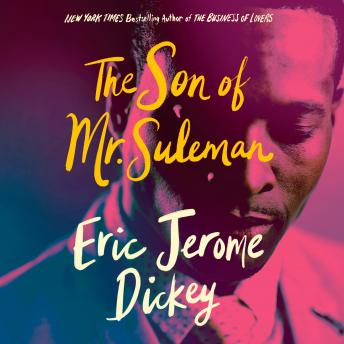 The Son of Mr. Suleman: A Novel

Named in USA Today's '5 books not to miss,' and New York Post's 'The best new books to read'

From New York Times bestselling author Eric Jerome Dickey—named one of USA Today’s 100 Black Novelists and Fiction Authors You Should Read—comes his final work: an unflinchingly timely novel about history, hearts, and family.

It’s the summer of 2019, and Professor Pi Suleman is a Black man from Memphis with a lot to endure—not only as a Black man in Trump’s America but in his hard-earned career as an adjunct professor. Pi is constantly forced to bite his tongue in the face of one of his tenured colleague’s prejudices and microaggressions. At the same time, he’s being blackmailed by a powerful professor who threatens to claim he has assaulted her, when in fact the truth is just the opposite, trapping him in a he-said-she-said with a white woman that, in this society, Pi knows he will never win.

When he meets Gemma Buckingham, a sophisticated entrepreneur who has just moved to Memphis from London to escape a deep heartbreak, things begin to look up. Though Gemma and Pi hail from separate cultures, their differences fuel a fiery and passionate connection that just may consume them both.

But Pi’s whirlwind romance is interrupted when his absentee father, a celebrated writer, passes away and Pi is called to Los Angeles to both collect his inheritance and learn about the man who never acknowledged him. With the complicated legacy of his famous father to make sense of, Gemma’s visa expiration date looming, and the threats of his colleague becoming increasingly intense, Pi must figure out who he is and what kind of man he will become in his father’s shadow.

In The Son of Mr. Suleman, Eric Jerome Dickey takes readers on a powerful journey exploring racism, colorism, life as a mixed-race person, sexual assault, microaggressions, truth and lies, cultural differences, politics, family legacies, perceptions, the impact of enslavement and Jim Crow, code-switching, the power of death, and the weight of love. It is an extraordinary story, page-turning and intense, and a book only Dickey could write.

Son of Mr. Suleman: A Novel