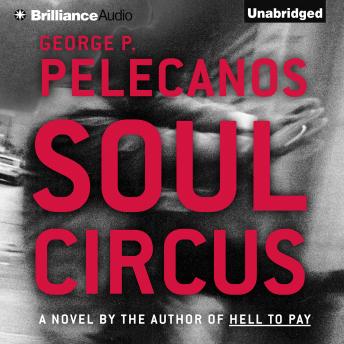 SOUL CIRCUS starts with a rented gun and moves into the vacuum created by the imprisonment of a D.C. crime lord. Two young dealers are fighting for the now unclaimed territory, prestige, and millions of dollars in future profits. Now the kid brother of one of those dealers is going to escalate the friction into wholesale slaughter.

Private investigators Derek Strange and Terry Quinn have found a woman whose testimony could prove the difference between a death sentence and a return to the streets for the crime lord. First they have to get her to talk. Then, they have to keep her alive.