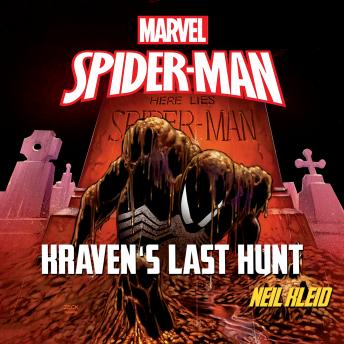 Born to a rarified breed of Russian aristocracy, Kraven the Hunter had stalked and killed every animal known to man and considered himself the world's best big-game hunter. It was this confidence that brought him to New York years ago, in an obsessive quest to hunt what he considered the city's greatest prey: Spider-Man. But his target eluded him time and again, mocking him at every turn. Now, after years of crushing defeats against the web-slinger, Kraven has hatched one last plan to best Spider-Man. In a stunning instant of shocking violence, Kraven stands finally triumphant over Peter Parker's seemingly dead body. And to prove that he is the hero's master...Kraven will pull on his costume and become him! This GraphicAudio® Production is adapted from the graphic novel by J.M. DeMatteis and Mike Zeck.

It was pretty good, but the pacing was a bit off