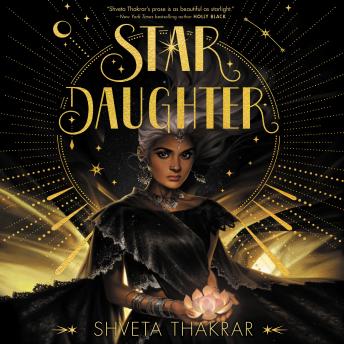 This gorgeously imagined YA debut blends shades of Neil Gaiman’s Stardust and a breathtaking landscape of Hindu mythology into a radiant contemporary fantasy.

The daughter of a star and a mortal, Sheetal is used to keeping secrets. Pretending to be “normal.” But when an accidental flare of her starfire puts her human father in the hospital, Sheetal needs a full star’s help to heal him. A star like her mother, who returned to the sky long ago.

Sheetal’s quest to save her father will take her to a celestial court of shining wonders and dark shadows, where she must take the stage as her family’s champion in a competition to decide the next ruling house of the heavens—and win, or risk never returning to Earth at all.

Brimming with celestial intrigue, this sparkling YA debut is perfect for fans of Roshani Chokshi and Laini Taylor.