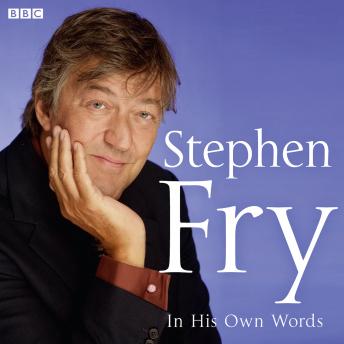 Stephen Fry In His Own Words

In a fascinating collection of archive interviews with the celebrated writer, presenter and polymath, you can hear - in his own words - the beliefs and aspirations that have shaped him. He talks about his upbringing, a time when Stephen admits he was a rebellious schoolboy and behaved outrageously in order to survive school, and discusses his early love of language and Oscar Wilde. He also recalls discovering classic radio comedy and meeting Emma Thompson and Hugh Laurie at Cambridge.

Stephen is extraordinarily honest about some of his personal experiences, which have included imprisonment for credit card fraud, going public about his sexuality, and coping with public criticism. He also comments on fame, addictions, being hard on himself and wanting to make people laugh.


Due to the age and nature of this archive material, the sound quality may vary.