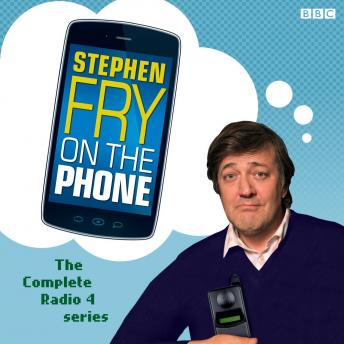 Stephen Fry On The Phone The Complete Radio 4 Series

Stephen Fry traces the evolution of the mobile phone, from hefty executive bricks that required a separate briefcase to carry the battery, to the smartphones available today. There are more mobile phones in the world than there are people on the planet: Stephen Fry talks to the backroom boys who made it all possible and hears how the technology succeeded in ways that the geeks had not necessarily intended. For example, the engineers who designed the early texting facilities didn’t imagine that anyone might want to reply. (Just in case, they added a short list of possible pre-set answers: yes, no and maybe). They also thought taxifones and fax machines for your car would be winners. In the early nineties, Nokia, then famous for toilet paper and rubber boots, was on the brink of collapse; until the new CEO made a bold decision to focus solely on mobile phonesThanks to Margaret Thatcher opening up the airwaves, Britain became a world leader in mobile phone technology. And today, 85% of the silicon chips inside all mobiles are designed by just one Cambridge-based company.Series produced by Anna Buckley.