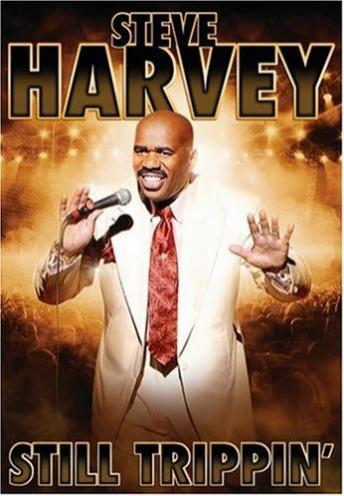 Steve Harvey once again commands the stage in his 90 minute stand-up comedy concert I'm Still Trippin'. Harvey kept it clean and family friendly in his last comedy special Don't Trip...He Ain't Through With Me Yet. Not easy for one of the Original Kings of Comedy, but then Harvey's versatility is precisely why he's in a class of his own. In I'm Still Trippin' Harvey never misses a beat and no topic is off limits. Harvey takes you on a ride through his personal experiences as it pertains to his family, work and traveling. Filmed in New Jersey to a full house, his energy and comedic timing are second to none. This comedic performance is sure to become an instant classic.