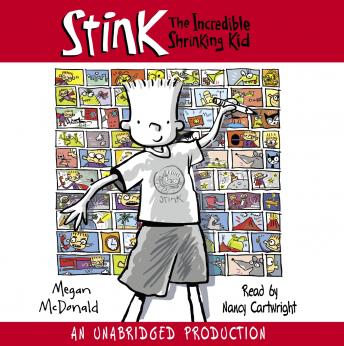 Every morning, Judy measures Stink, and it's always the same: 3 feet, 8 inches tall. Stink feels like even the class newt is growing faster than he is. Then one day, the ruler reads--3 feet, 7 and three-quarter inches! Can it be? Is Stink shrinking? Stink tries everything to look like he's growing, but wearing up-and-down stripes and spiking his hair don't seem to be fooling anybody into thinking he's taller. What would James Madison, Stink's hero (and the shortest person to ever serve as President of the United States) do?

This title is due for release on April 12, 2005
We'll send you an email as soon as it is available!