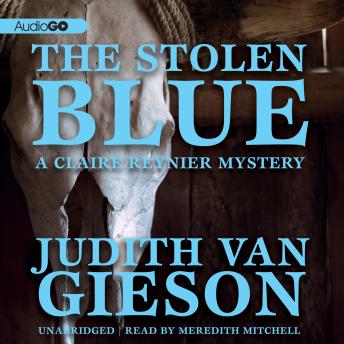 For the fifty-year-old, recently divorced Claire Reynier, it's time to start over. But her new direction in life—at a New Mexico university—becomes a detour to murder when an old friend and mentor is found dead.

Claire Reynier is thrilled when her old friend Burke Lovell donates his collection of valuable books to the university where she works as a librarian. But the morning after she arrives at his ranch in the remote region known as 'the Blue' to collect the bequest, Burke is found dead. His daughter Mariah—recently discovered—admits to helping the ailing man commit suicide. Mariah has also been named his principal heir, much to the shock of his other children. Upon Claire's return to work, a box of valuable titles from Burke's collection is stolen, and Claire realizes that the theft may hold clues to a much more sinister mystery.

This title is due for release on July 1, 2013
We'll send you an email as soon as it is available!