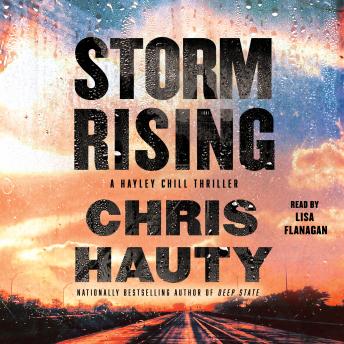 Nationally bestselling author Chris Hauty leads fans into the depths of a dangerous white supremacy conspiracy that threatens to tear the country apart in his propulsive new thriller.

Former White House intern turned intelligence operative Hayley Chill is filling her time by training as an MMA fighter. When she’s convinced to pursue the truth about her father’s mysterious fate, she stumbles upon a ciphered document under the floorboards of her father’s house.

With permission from her handler to probe deeper, she is led into a terrifying subculture of white supremacy within the United States military. As her investigation intensifies, she uncovers an expansive conspiracy to bring about the secession of several states from the country. It’s up to Hayley to stop a second Civil War before it starts, while also confronting the ultimate truth about her own father’s role in this harrowing chapter of American history.

This title is due for release on May 3, 2022
We'll send you an email as soon as it is available!