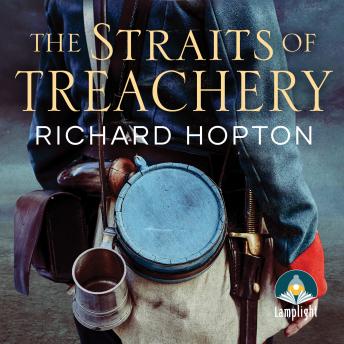 The Straits of Treachery

September 1810. Raids across the Straits of Messina to disrupt preparations for the French invasion of the island have been repulsed with heavy casualties. George Warne, a bright young British officer, suspects treachery back in Messina, and is ordered to investigate. Warne uncovers a shadowy underworld of spies, traitors and informers where nothing is quite as it seems and where danger lurks around every corner. If the long-threatened French invasion erupts will Sicily's defenders be prepared?

'A cracking story ... George Warne is a great addition to the roll-call of fictional soldier-heroes of the Napoleonic wars, from Sharpe of the Rifles to Hervey of the Light Dragoons. More please' DOMINICK DONALD

This title is due for release on August 13, 2020
We'll send you an email as soon as it is available!