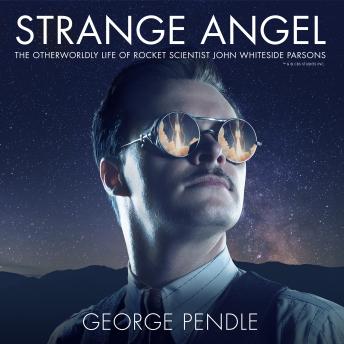 Now a CBS All Access series: “A riveting tale of rocketry, the occult, and boom-and-bust 1920s and 1930s Los Angeles” (Booklist).
The Los Angeles Times headline screamed: ROCKET SCIENTIST KILLED IN PASADENA EXPLOSION. The man known as Jack Parsons, a maverick rocketeer who helped transform a derided sci-fi plotline into actuality, was at first mourned as a scientific prodigy. But reporters soon uncovered a more shocking story: Parsons had been a devotee of the city’s occult scene.
Fueled by childhood dreams of space flight, Parsons was a leader of the motley band of enthusiastic young men who founded the Jet Propulsion Laboratory, a cornerstone of the American space program. But Parsons’s wild imagination also led him into a world of incantations and orgiastic rituals—if he could make rocketry a reality, why not black magic?
George Pendle re-creates the world of John Parsons in this dazzling portrait of prewar superstition, cold war paranoia, and futuristic possibility. Peopled with such formidable real-life figures as Howard Hughes, Aleister Crowley, L. Ron Hubbard, and Robert Heinlein, Strange Angel explores the unruly consequences of genius.
The basis for a new miniseries created by Mark Heyman and produced by Ridley Scott, this biography “vividly tells the story of a mysterious and forgotten man who embodied the contradictions of his time . . . when science fiction crashed into science fact. . . . [It] would make a compelling work of fiction if it weren’t so astonishingly true” (Publishers Weekly).