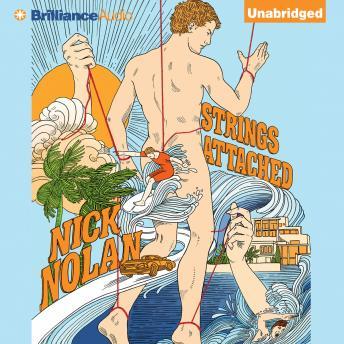 From Books to Watch Out For by Richard Labonte, Volume 4 number 1—Adolescence is a hazardous way of life for 17-year-old Jeremy Tyler; his father died in a mysterious accident when he was a child, and his mother has since descended into alcoholic hell and forced rehab; that’s when he’s sent from the Fresno slums of his childhood to the posh estate of his overbearing great aunt Katherine and her censorious husband—liberated from an economic prison, only to land in an emotional one—and is overwhelmed by the change. It’s not easy for him to fit into the upper crust, particularly because he’s trying to hide how much he’s attracted to other boys. Jeremy’s story of breaking free from the strands of dishonesty, deceit, and self-doubt has its parallels to the tale of Pinocchio, but Nolan’s take is totally contemporary: think the TV series The OC—girls with mean cheekbones, well-built guys with snotty attitudes, and Jeremy in the role of heartthrob Ryan Atwood. He’s a good-looking kid, with a sleek swimmer’s physique—and the swim team’s champ is out to get him. He dates one of the smart-set girls in an attempt to keep his hormones at bay—but that doesn’t do him much good. Nolan’s debut novel is a kitchen sink of genres—coming of age, coming out, mystery, romance, erotica, even a dash of the supernatural—that add up to an impressive story about the passage from boyhood to manhood.

This title is due for release on November 27, 2012
We'll send you an email as soon as it is available!