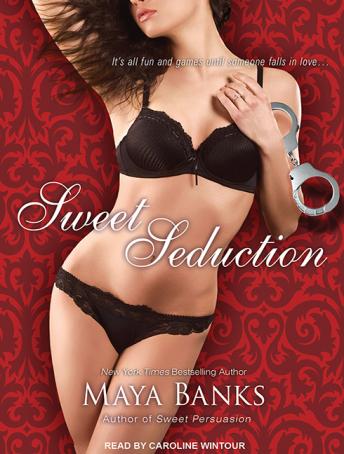 Salon owner Julie Stanford wanted Nathan Tucker ever since she gave him his first massage. Getting paid to feel every inch of his body, stripped, oiled, and spread out in front of her? Stuff dreams are made of. But the sexy guy was oblivious to the signals she was sending-until she finished off his final rub-down with something extra. In fact, the best extra he ever had. Unfortunately, he came around too late. Now Julie's moving on . . .The woman was driving him crazy.  She lit fire to his insides then ran like a scalded cat.  And now she's going to someone else to have all her fantasies fulfilled? Over his dead body . . . He's more than willing to give her what she wants, and as soon as he pins the little minx down, he'll show her his own brand of sweet seduction.

This title is due for release on September 3, 2012
We'll send you an email as soon as it is available!