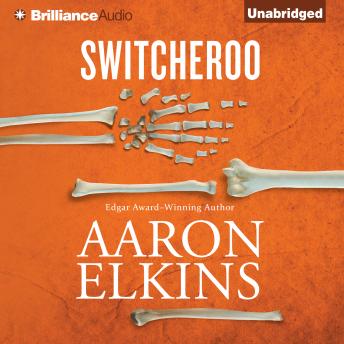 #18 of The Gideon Oliver Mysteries

The Skeleton Detective is back.

A cold case dating from the 1960s draws forensic anthropologist Gideon Oliver to the Channel Islands decades later to shine a light on the mysterious connection between two men who died there on the same night.

Swapped as young boys by their fathers during the Nazi occupation, wealthy Roddy Carlisle and middle-class George Skinner had some readjusting to do after the war ended—but their lives remained linked through work, trouble with the law, and finally, it would seem, through murder.

Nobody expects that Gideon’s modern-day investigation will turn up fresh bodies. But old bones tell many tales, and the Skeleton Detective has to be at his sharpest to piece together the truth before the body count mounts still higher.

Declared “a series that never disappoints” by the Philadelphia Inquirer, the Gideon Oliver mystery series is for fans of Agatha Christie and Kathy Reichs.

The story is okay because it’s a bit predictable. They should go back to Joel Richards as the narrator or don’t let Jeff Cummings do English accents.

This title is due for release on February 16, 2016
We'll send you an email as soon as it is available!