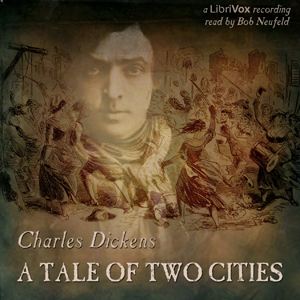 A Tale of Two Cities (Version 3)

A Tale of Two Cities is a novel by Charles Dickens, set in London and Paris before and during the French Revolution. With well over 200 million copies sold, it ranks among the most famous works in the history of fictional literature. The novel depicts the plight of the French peasantry demoralized by the French aristocracy in the years leading up to the revolution, the corresponding brutality demonstrated by the revolutionaries toward the former aristocrats in the early years of the revolution, and many unflattering social parallels with life in London during the same time period. It follows the lives of several protagonists through these events. The 45-chapter novel was published in 31 weekly instalments in Dickens' new literary periodical titled All the Year Round. From April 1859 to November 1859, Dickens also republished the chapters as eight monthly sections in green covers. Dickens' previous novels had appeared only as monthly instalments. The first weekly instalment of A Tale of Two Cities ran in the first issue of All the Year Round on 30 April 1859. The last ran thirty weeks later, on 26 November. (Summary by Wikipedia)

This title is due for release on September 22, 2016
We'll send you an email as soon as it is available!