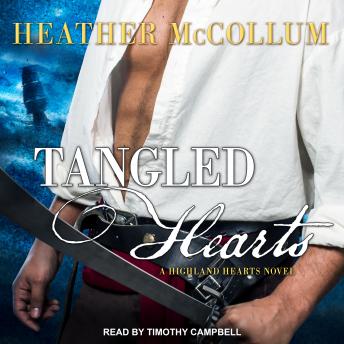 Growing up on a pirate ship, every day was full of adventure for Pandora Wyatt. It was also the perfect place for her to use her magic without persecution. But after her surrogate father is imprisoned in the Tower of London, Pandora leaves the safety of the vessel to rescue him before he's executed. She expects her mission to be difficult, but what she doesn't expect is to have her life saved by the sexiest man she's ever met.

Highland warrior Ewan Brody always wanted a sweet, uncomplicated woman by his side, but he can't fight his attraction to the beautiful enchantress who's stumbled into his life. He quickly learns, though, that Pandora is not only a witch, but also a pirate and possibly a traitor's daughter-and though she's tricked him into playing her husband at King Henry's court, he's falling hard.

Soon, they begin to discover dark secrets leading to the real traitor of the Tudor court, the one Ewan was hired to capture. Now, Ewan and Pandora must uncover the truth before they lose more than just their hearts.