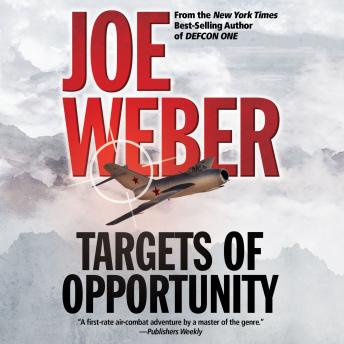 'A first-rate air-combat adventure by a master of the genre.'—Publishers Weekly

Joe Weber follows up his best-selling novel Rules of Engagement with another high-stakes thriller about a secret war and the courage of the men who fought it.

The Vietnam War is at its height, and the US has acquired a Soviet-built MiG-17. Marine aviator Brad Austin has been recruited to test-pilot it. The MiG is an aerial hotrod, crude yet lethally effective. But it's not what Austin is flying, it's where—behind enemy lines, disguised as a Russian pilot. If he succeeds in penetrating the enemy air space, he will find easy prey. But if he fails, he will be disavowed.

With edge-of-your-seat tension and gripping realism, Targets of Opportunity is thriller writing at its best!

'Some writers get better with age: Weber is among them. This novel will have great appeal for technothriller and military-fiction buffs, especially for those who love aviation.'—Library Journal

'Thanks be to the book-writing gods; we have a writer who does what writers are supposed to do—tell a story.'—The Wichita Eagle