A Taste for a Mate 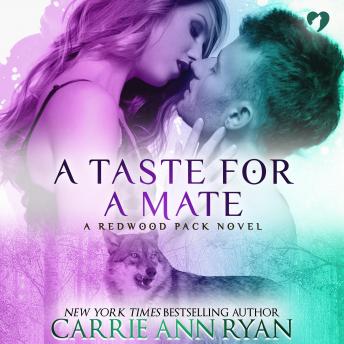 Jasper Jameson has spent his life caring for others, knowing that one day he might be blessed with his mate. He’s fought alongside his family and Pack for over a century but it isn’t until he meets a human who makes his wolf growl, that he knows that there’s something more than fate worth fighting for.

When Jasper walks into Willow Delton’s bakery she knows there’s something different about him. But every time he walks back out again, she doesn’t know what to think. When he finally finds the strength to ask her out, a new enemy in Jasper’s life has other plans.

A dangerous Pack is on the prowl and they’ve not only threatened the Redwood Pack but brought a demon into the fold as well. Forced into a new way of life, Jasper and Willow must fight not only for their lives but their weakening mating bond. Trust takes time but the two of them might not have as much as they need.

Taste for a Mate