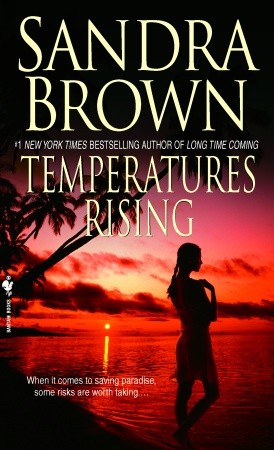 Darkly handsome with an arrogant edge, architectural engineer Scout Ritland is the kind of American man who spells trouble. Chantal duPont should know, for she has experienced the best and worst of the country and its people—including one who broke her heart. Yet here she is, home on sultry Parrish Island, putting herself in the way of another bold Yankee. This time, however, it’s for a good cause: Scout is the one man who can help her village, and she’s not about to let him get the better of her—no matter how much she may want to.

Fresh from completing his work on the island’s new luxury resort, Scout’s ready for a little recreation—though being kidnapped and shot isn’t on his agenda. But when he catches sight of an exotic beauty with electric blue eyes, events quickly spin out of control. Scout should be outraged to find himself held captive, but an abductor as alluring as Chantal makes it hard to stay angry.

Soon Scout is swept up by Chantal’s need to help her people—and the role he is to play in her ambitious plan. With each passing day, the work and the woman present him with challenges he could never find at home. But as the project progresses, intrigue and adventure burn hotter than the island’s volcano—and two people who have met their match in each other face a future that could tear them apart....

This title is due for release on November 28, 2006
We'll send you an email as soon as it is available!