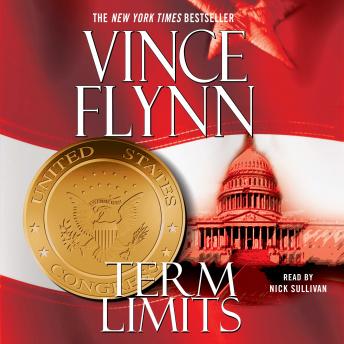 Politics and riveting suspense collide in this white-knuckled thriller from the #1 New York Times bestselling author of American Assassin—now a major motion picture.

In one bloody night, three of Washington’s most powerful politicians are executed with surgical precision. Their assassins then deliver a shocking ultimatum to the American government: set aside partisan politics and restore power to the people. No one, they warn, is out of their reach—not even the president. A joint FBI-CIA task force reveals the killers are elite military commandos, but no one knows exactly who they are or when they will strike next. Only Michael O’Rourke, a former US Marine and freshman congressman, holds a clue to the violence—a haunting incident in his own past with explosive implications for his country’s future.

There are too many elaborate descriptions. They are well written, but annoying.

Working my way through the Rapp series and skipped this book because he’s not in it. However, after getting through the early books and not wanting to speed through the most recent books I decided to go back and check this one out. I was not disappointed and now I finally know the backstory to some of the series characters. If there are ever more Mitch Rapp movies made this would be a good prequel or just a stand-alone movie if it could be done right.

have been a huge fan of Flynn and his Rapp character for mamy years. This was the first I have had a chance to read his first book. Even though it is apart from Rapp it ties in quite nicely. Very good book

well written for a self published book great plot!

Great plot! Easy to follow. And if you have a long flight - time will fly by!!!

This title is due for release on May 3, 2011
We'll send you an email as soon as it is available!