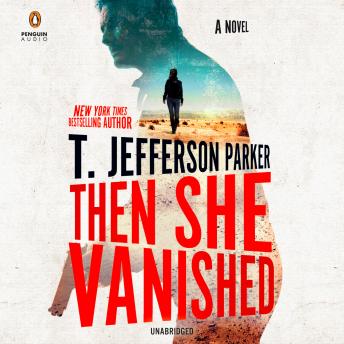 What if the client who's hired you can't be trusted...and the woman you're looking for doesn't want to be found? With Then She Vanished, three-time Edgar Award winner and New York Times-bestselling author T. Jefferson Parker delivers a new and pulse-pounding thriller.

Private Investigator Roland Ford has taken a job for a fellow Marine and a rising politician, Dalton Strait. Strait is contending with unexplained bombings of government buildings in his district...but that is not why he hired Ford. Strait's wife, Natalie, has gone missing, leaving behind a cryptic plea for help. Strait has made many enemies during his time in politics--including some of his own family members--all of whom could be looking for revenge. But as Ford digs into the details of a troubled marriage, Natalie's disappearance becomes more and more complicated.

Meanwhile, the bombings in the city intensify, with a mysterious group known only as the Chaos Committee claiming responsibility. Ford soon learns that the seemingly random attacks may be connected to the case he's on--and suddenly, his hunt for a missing woman might decide the fate of an entire city.