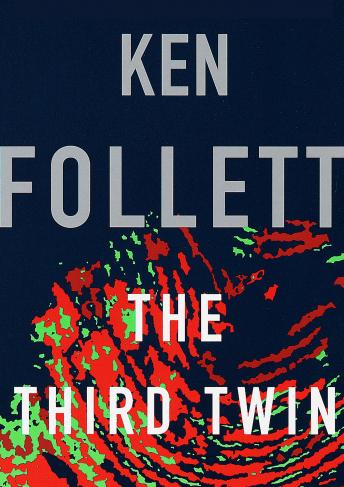 The study of twins and the genetics of aggression totally consumes research scientist Jeannie Ferrami. An accomplished and headstrong researcher, Jeannie has developed a sophisticated software program to identify identical twins reared apart. But Jeannie's breakthrough project is threatened by the appearance of a sudden impossibility--identical twins born weeks apart to different mothers at separate locations. When Jeannie's research assistant, Lisa, is raped, Steve Logan, a young law student who is one of Jeannie's research subjects, is identified in a police lineup as Lisa's attacker. Logan's genetic tests reveal no violent behavior patterns. Then Jeannie stumbles upon the beginnings of a stunning revelation. Logan is unaware of the existence of a criminal twin brother in jail. Jeannie is convinced of Steve's innocence, yet her judgment may be clouded by her growing emotional attachment to him. By now Jeannie's problems are mounting. Berrington Jones, Jeannie's arrogant and intimidating boss, is a world-renowned authority on biotechnical engineering. He and his partners are involved in devious but lucrative negotiations to sell Genetco, their biogenetic research company. Jeannie's research poses a major threat to their impending millions. Jones arranges to have Jeannie fired.

Stunned and feeling helpless, Jeannie doesn't understand why this has happened to her. With Steve and his brother in jail, who is committing these sex crimes? While acting on a hunch that might solve the mystery surrounding Steve and his brother's birth, Jeannie is violently attacked by yet another twin who looks exactly like Steve. Determined to protect her research program and convinced her former boss has something important to hide, a terrified Jeannie has no other choice but to find out why Jones and his partners will stop at nothing to discredit her work.

This title is due for release on July 18, 2017
We'll send you an email as soon as it is available!