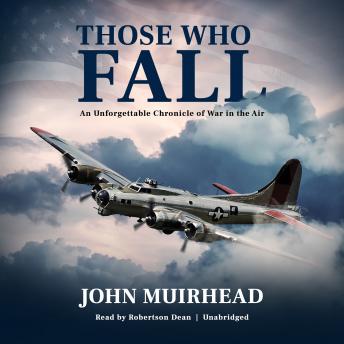 As a B-17 Flying Fortress bomber pilot, John Muirhead led missions into northern Italy, Germany, and Bulgaria during World War II. Ultimately, he was shot down and taken prisoner. John Muirhead's re-creation of those years is a breathtaking mingling of ravaging horrors and silent, surreal images; of raw, tumultuous memory and elegantly paced narrative; of lightening humor and measured reflection.Seldom has a reader been made to feel terror so viscerally. Rarely has a reader ascended the skies so thrillingly. And never has one felt so close to the numbing fear, the boredom, the eerie beauty, and the dislocated sensibilities of war in the air as in Those Who Fall.