The Ticket: A Love Again Novel 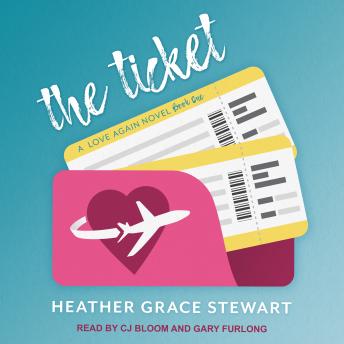 Would you travel the world with a perfect stranger? Fasten your seat belts for an emotional journey filled with humor and adventure.

Bachelor and newscaster Pete McCarney buys two plane tickets for a trip around the world with his girlfriend, but they split up shortly before the trip, and he can't get a refund. In a gutsy last-minute move, Pete goes on social media asking for women with his girlfriend's exact name to join him on the trip. Twenty-one women apply, and the ensuing interview process is both awkward and hilarious. When he finally chooses a feisty, headstrong, recently-divorced lawyer, he has no idea what to expect from their worldwide adventures-and neither does Allie James. She has pretty much sworn off men since her divorce. Will either of them get the vacation they were so desperately hoping for?

This title is due for release on April 17, 2018
We'll send you an email as soon as it is available!