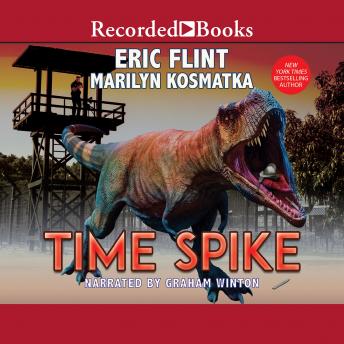 THE DEADLIEST PREDATORS OF THREE SEPARATE EONS Captain Andy Blacklock was overseeing the change of shifts at the state of Illinois' maximum-security prison when the world outside was suddenly ripped. They thought it was an earthquake until they found that the Mississippi River had disappeared, along with all signs of civilization. Then the sun came up-in the wrong direction. And a dinosaur came by and scratched its hide against the wall of the prison ... Something had thrown the prison back in time millions of years. And they were not alone. Other humans from periods centuries, even millennia, apart had also been dropped into the same time. Including a band of murderous conquistadores. But the prison had its own large population of murderers. They couldn't be turned loose, but what else could be done with them. Death walked outside the walls, human savagery was planning to break loose inside, and Stephens and the other men and women of the prison's staff were trapped in the middle.

This title is due for release on December 24, 2019
We'll send you an email as soon as it is available!