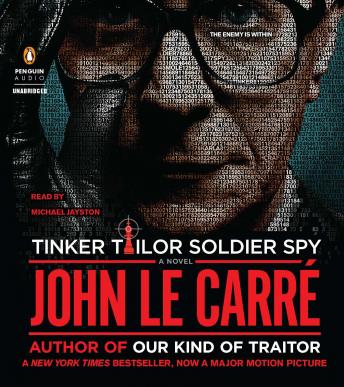 Featuring George Smiley, this New York Times bestseller is the first installment in John le Carré’s acclaimed Karla Trilogy. From the author of A Delicate Truth and The Spy Who Came in from the Cold.

The man he knew as 'Control' is dead, and the young Turks who forced him out now run the Circus. But George Smiley isn't quite ready for retirement—especially when a pretty, would-be defector surfaces with a shocking accusation: a Soviet mole has penetrated the highest level of British Intelligence. Relying only on his wits and a small, loyal cadre, Smiley recognizes the hand of Karla—his Moscow Centre nemesis—and sets a trap to catch the traitor.

With an introduction by the author.

I had to watch the movie before I could get into this book. It was too complex; and knowing the plot, characters, and settings ahead was very helpful. I enjoyed it after I watched the movie.