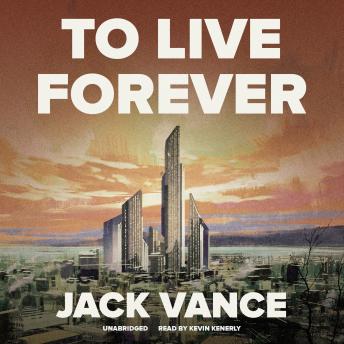 Waylock had been granted eternal life—but now he was killing on borrowed time.

Gavin Waylock had waited seven years for the scandal surrounding his former immortal self to be forgotten and had kept his identity concealed so that he could once again join the ranks of those who lived forever. He had been exceedingly careful about hiding his past. Then he met the Jacynth. She was a beautiful nineteen-year-old, and Gavin wanted her. But he recognized that a wisdom far beyond her years marked her as one who knew too much about him to live. As far as she was concerned, death was a mere inconvenience. But once the Jacynth came back, Gavin Waylock’s life would be an everlasting hell.

“You can’t possibly pass up any book by Jack Vance…He has perfected the trick of creating new worlds so deceptively real that after a while your own home seems imaginary.”—Jerry Pournelle, Hugo Award–winning author, praise for the author