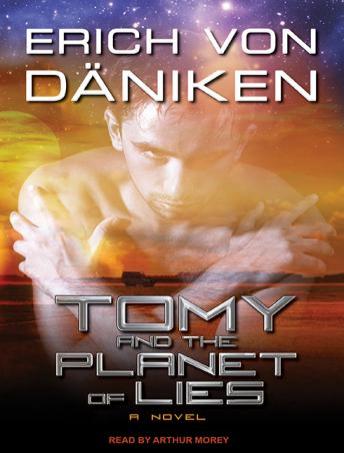 Tomy and the Planet of Lies

Erich von Daniken claims to have never seen a UFO. But in the fall of 1987, on a desert ride, he experienced a close encounter of a very different kind. A being materialized before his eyes, and since the 'thing' had no name, von Daniken called it 'Tomy.' This book is the story of Tomy. Some say that Tomy is a scientific impossibility. Yet Tomy was there, science or not. After all, Tomy had for a few weeks lived among us, and that was enough for plenty of interpersonal relationships. God knows that von Daniken was not the only one who had known Tomy; others could see him, as well. Now, after nineteen years of silence, von  Daniken has decided to make public the incredible story of Tomy. Here, the bestselling author of  Chariots of the Gods makes his foray into the world of fiction. Tomy and the Planet of Lies is a thrilling adventure novel that will keep listeners on the edge of their seats.

A bit like a lecturer Pushing their philosophical agenda.

This title is due for release on October 30, 2012
We'll send you an email as soon as it is available!