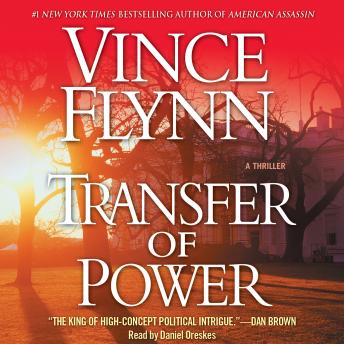 This “roller-coaster, edge-of-your-seat thriller” (Star-Tribune, Minneapolis) in the #1 New York Times bestselling Mitch Rapp series follows the CIA’s top operative as he must stop a massacre in Washington, DC, and save the president before terrorists reach the White House.

The stately calm of a Washington morning is shattered when a group of terrorists descends, killing dozens and taking nearly one hundred hostages as they try to infiltrate the White House. The Secret Service immediately evacuates the president to an underground bunker—and while officials argue over how best to negotiate with the enemy, Mitch Rapp, the CIA’s top counterterrorism operative, moves stealthily among the hidden corridors and secret passageways of the nation’s capital to save the hostages before the terrorists reach the president. But there’s someone waiting in the wings, someone within the Washington elite, who is determined to see Rapp’s rescue mission fail.

With heart-pounding thrills and feverish pacing, Transfer of Power “mixes in a spicy broth of brutal terrorists, heroic commandos, and enough secret-agent hijinks to keep the confrontation bubbling until its flag-raising end” (Publishers Weekly).

This title is due for release on July 1, 1999
We'll send you an email as soon as it is available!