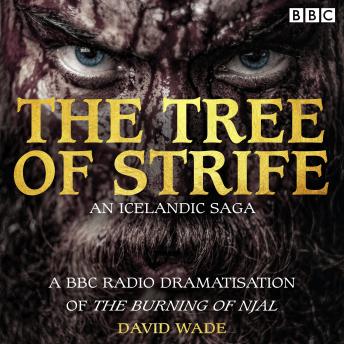 An epic BBC historical drama based on Iceland's famous saga of tragedy, heroism and fate

Written by an anonymous storyteller in the 13th Century, and describing events between 960 and 1020, Njáls saga is one of the great works of medieval literature. The longest and most celebrated of the Icelandic sagas, it deals with family honour, vengeance, and a vicious blood feud spanning almost 50 years.

Based on the classic translation by Magnus Magnusson and Hermann Pálsson, this gripping dramatisation centres around two friends - the wise, learned Njal, and the brave warrior Gunnar. Gifted with the ability to see into the future, Njal can foretell his own death - but he is powerless to stunt the growth of the tree of strife that flourishes after Gunnar's betrothal to Hallgerd with the thief's eyes.

Embroiled in his wife's intrigues, Gunnar is caught in a cycle of killings and revenge - and as Njal's sons are drawn into this web of violence, tragedy ensues. Bound by ties of blood, and unable to escape their destiny, Gunnar, Njal, and their descendants seem doomed to an endless vendetta. Even the coming of a new faith, Christianity, fails to halt the conflict- and as brother turns upon brother, will peace ever be restored?

This title is due for release on October 20, 2022
We'll send you an email as soon as it is available!