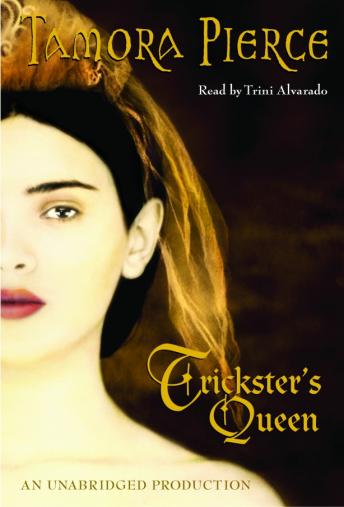 Aly’s adventure continues. . . . No longer a slave, Alanna’s daughter is now spying as part of an underground rebellion against the colonial rulers of the Copper Isles. The people in the rebellion believe that a prophecy in which a new queen will rise up to take the throne is about to be realized. Aly is busy keeping the potential teenage queen and her younger siblings safe, while also keeping her in the dark about her future. But Aly, who is usually adept at anticipating danger and changes, is in for a few nasty surprises.
New York Times and Wall Street Journal bestselling author Tamora Pierce captured the imagination of readers 20 years ago with Alanna: The First Adventure. As of August 2003, she has written 21 books including three completed quartets: The Song of the Lioness, The Immortals, and The Protector of the Small, set in the fantasy realm of Tortall. She has also written the Circle of Magic and The Circle Opens quartets. The author lives in New York, NY.

This title is due for release on September 28, 2004
We'll send you an email as soon as it is available!