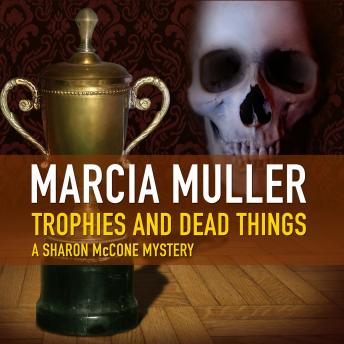 When a former sixties radical is murdered during a string of random sniper attacks, the All Souls Legal Cooperative must settle his surprisingly large estate. Then private investigator Sharon McCone comes across a new will, made just days before he died, that disinherits his two children in favor of four unknown and unconnected parties. McCone sifts through Perry Hilderly's belongings but finds little to explain this puzzling change. That is, until she uncovers a .357 with the serial number burned off. As McCone tracks down the new beneficiaries she discovers that the shootings aren't so random after all and that the dead man isn't the only one with a lurid past. To link the heirs to the killings, she must follow a treacherous trail of evidence that travels from the Vietnam years to the present. But along the way the elusive sniper waits in a homicidal rage and takes aim-this time at All Souls and Sharon McCone.

This title is due for release on October 1, 2011
We'll send you an email as soon as it is available!