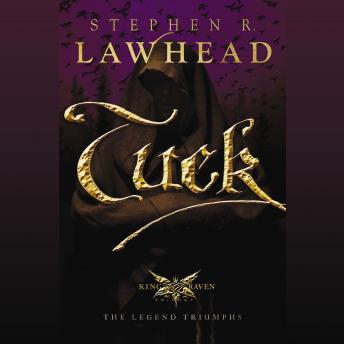 #3 of The King Raven Trilogy

The third book in an epic reimagining of the Robin Hood legend.

'Pray God our aim is true and each arrow finds its mark.'

King Raven has brought hope to the oppressed people of Wales--and fear to their Norman overlords. Deceived by the self-serving King William and hunted by the treacherous Abbot Hugo and Sheriff de Glanville, Rhi Bran is forced again to take matters into his own hands as King Raven.

Along the way Friar Tuck has been the stalwart supporter of the man behind the legend--bringing Rhi Bran much-needed guidance, wit, and faithful companionship.

Aided by Tuck and his small but determined band of forest-dwelling outlaws, Rhi Bran ignites a rebellion that spreads through the Welsh valleys, forcing the wily monarch to marshal his army and march against little Elfael.

This epic trilogy dares to shatter everything you thought you knew about Robin Hood as Stephen R. Lawhead conjures an ancient past while holding a mirror to contemporary realities. Filled with unforgettable characters, breathtaking suspense, and rousing battle scenes, Stephen R. Lawhead's masterful retelling of the Robin Hood legend reaches its stunning conclusion in Tuck.